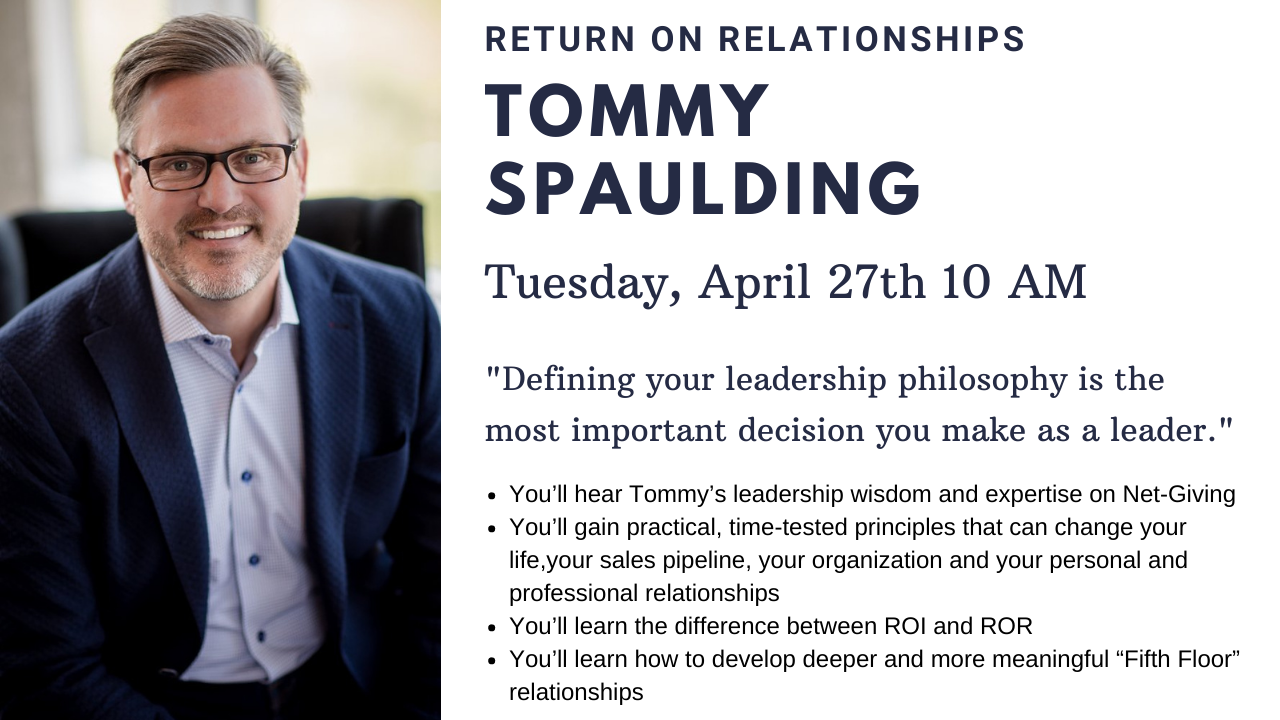 Tommy Spaulding is the founder and president of Tommy Spaulding Companies, a leadership development, speaking, training, and executive coaching firm based in Denver, Colorado. A world-renowned speaker on leadership, Spaulding has spoken to hundreds of organizations, associations, educational institutions, and corporations around the globe. His first book, It's Not Just Who You Know: Transform Your Life and Your Organization by Turning Colleagues and Contacts into Lasting, Genuine Relationships, published by Penguin Random House in 2010, quickly climbed to the top of the New York Times, Wall Street Journal and USA Today national bestseller lists. His new book, The Heart-Led Leader, published by Penguin Random House in October, 2015 is a New York Times and #1 Wall Street Journal national bestseller and was also listed on Inc.com's Top 100 Business Books of 2015.

Previously, Spaulding was the business partner sales manager at IBM/Lotus Development and a member of the Japan Exchange and Teaching (JET) program. He received a bachelor's degree in Political Science from East Carolina University (1992); an MBA from Bond University in Australia (1998), where he was a Rotary Ambassadorial Scholar; and an MA in Non-Profit Management from Regis University (2005).

In 2006, Spaulding was awarded the Outstanding Alumni Award by East Carolina University (ECU) and in 2007, Spaulding received an honorary Ph.D in Humanities from the Art Institute of Colorado. In September, 2012 Spaulding was named by Meetings & Conventions Magazine as one of the 100 MOST FAVORITE SPEAKERS in the nation.

Tommy now resides in the Denver Metro Area with his wife and children.